The Worldwide Acceptance of Cryotherapy

Cryotherapy is relatively new to the U.S. Just a decade ago there were just a few cryosaunas available around the country.

However, whole body cryotherapy has since been endorsed by many household names, sports stars and celebrities around the world – not as publicity stunts, but because they have used the therapy to help with a particular problem or to boost performance.

Additionally, whole body cryotherapy has been endorsed by Tony Robbins and cardiologist Dr. Mehmet Oz has even featured it on his Dr. Oz Show.

NPR news and CBS news have both run features on the therapy too.

From Europe to the U.S.

The above reflects the growing popularity of cryotherapy in the U.S., where there are now over 60 centers specializing in the
techniques.

In Europe there are many more whole body cryotherapy centers, where it has been practiced since the 1980s. The Olympic rehabilitation centre in Spala, Poland, which opened in May 2000, is one of many that use cryotherapy in training and injury rehabilitation, as well as for pain and disease treatment.

In some countries cryotherapy is covered by medical insurance and is part of integrative therapies used for various anti-inflammatory applications.

It's free and confidential 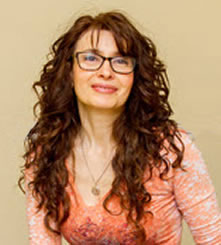 See what our customers are saying about us!