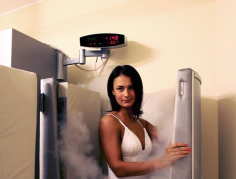 IN the early months of 2016, cryotherapy saw one of its biggest bursts of popularity in the US since its inception.

Popular in Europe and Japan for decades, what was once a niche and eccentric celebrity treatment in the US was gaining exposure as more and more noted seemingly miraculous improvement after undergoing cryotherapy.

Cryo enthusiasts reported reduced or eliminated arthritis, faster sports recovery, and intact skin — just a sample of the many benefits to cryo.

What’s more, Cryo Spa in quaint Bucks County PA was at the center of the publicity boom.

On a quiet morning at the end of chilly February, Cryo Spa gets a call. Expecting a normal inquiry, Cryotherapist Danny answers the phone. Is this Cryo Spa? says a voice, I’m from Fox News and I’d like to speak to the owner about a segment on Good Day Philadelphia.

Elated, the team scrambles to get details until finally it’s decided that Fox will call back within the week.

The first mainstream exposure cryotherapy got was on the reality show The Real Housewives of Beverly Hills. Lisa Vanderpump tries cryotherapy in an episode “to be a supportive friend” (as she proclaims).

Yolanda Foster, another character, uses cryotherapy regularly to treat her Lyme disease. But for all the celebrity surrounding Real Housewives, the episode got people outside of Beverly Hills thinking, ‘What can cryotherapy do for me?’ 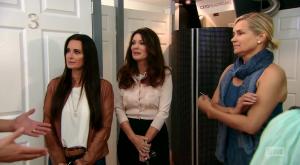 Later, cryotherapy was featured on Shark Tank when Glacé Cryotherapy confronted the ‘sharks’ in a bid to earn sponsorship. With all the benefits of cryo on their side, Glacé easily secured the deal, and now has several locations in the Western US.

In the next few days, people from all over start booking with Cryo Spa, saying I heard it helps with Lyme disease or The Real Housewives got me to come! So many customers reference Housewives it’s practically a phenomenon.

The week passes in silence, though. With no details forthcoming, most of the team gives up or forgets. But then, serendipity! We’d like to come in this Wednesday at 7. Yes, AM.

Ann Kowal, a regular who suffered from arthritis and a foot injury, gets the limelight and describes how cryotherapy killed her arthritis and improved dexterity with her hands.

She can move her fingers again, she tells Fox with glee – and was able to avoid surgery on her foot, all because of cryotherapy.

Kenny Leszeynski follows and describes how cryotherapy helps him with his workouts and his training to become a serviceman. You can view his segment here.

Then Jenn takes the plunge while her co-anchors miles away taunt her – it’s all in good fun though, and Jenn comes out the other side energetic and ready to take on the rest of the day! Check out her segment below.